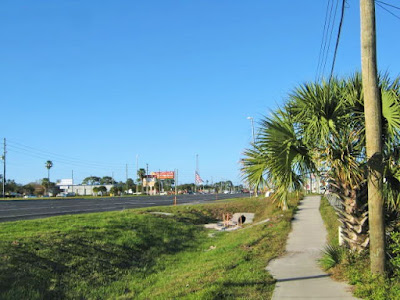 The storm lasted about four hours then the clouds moved out and left a beautiful blue sky. It was so nice out that I took a walk even though I had to cross a couple of water puddles along the way.
We are suppose to have the same type of weather later on tonight. 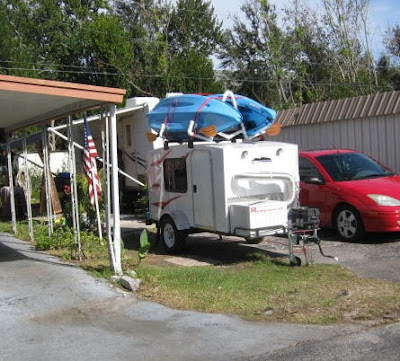 Here is a small pull behind that is in the park. The box on the front contains a 110 volt 5000 btu air conditioner. It looks as though they have two dryer vent tubes coming out and into the trailer a nice little set up.
Thanks for stopping by and have a great day.

Those type of storms still give Kathy the willies.
That's a cute little weekend sleeper. Wouldn't want to spend too much more time in it.
Be Safe and Enjoy!