That's about all that changes around here is the weather.
The other morning the sea fog was so heavy that I couldn't see the fifth house down the street.  The temps have been close to 80 the last few days and today it is raining off and on with the temp at 71.
Yesterday Nancy had the pain nerve in her back on the right side cut with laser and in two weeks she goes in to have the left side cut. The doc said this should last for a year maybe a little longer.  This should ease the pain in her back.
Other then that we are doing ok, so I guess we will be satisfied with it.
I will be making cabbage rolls tomorrow evening the same as I have for the last fifty seven years.

Thanks for stopping by and have a great day.
Posted by Nancy and Joe at 4:32:00 PM No comments:

First thing Nancy and I want to wish all of you a very Merry Christmas.  You are the best.
Nancy and I took a drive down all the streets in the park to look at all the lights.  So I will let you see some of them. 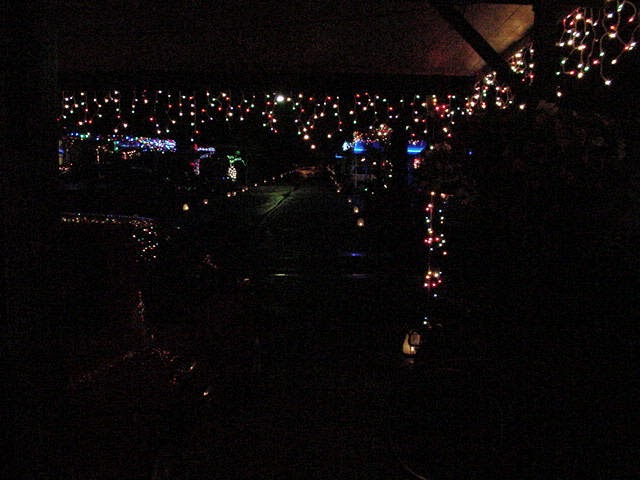 This is looking down the street from our carport. the lighted milk jugs all along every street. 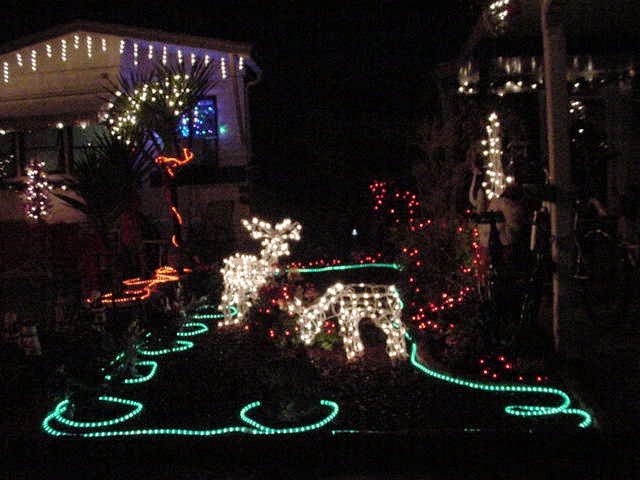 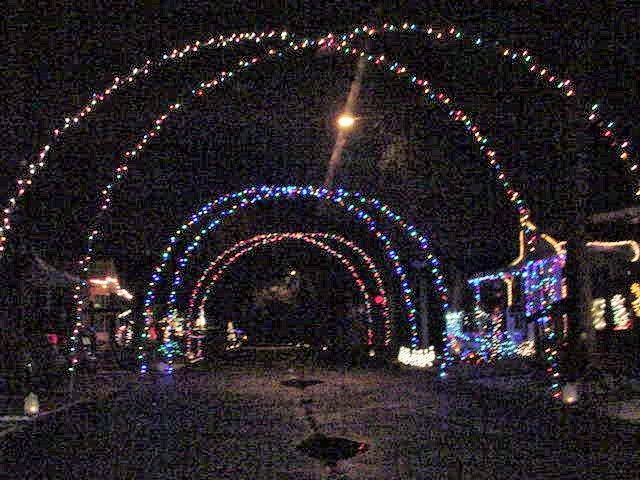 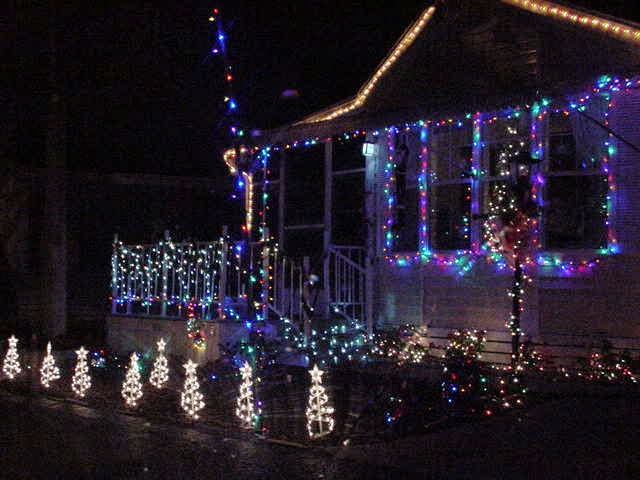 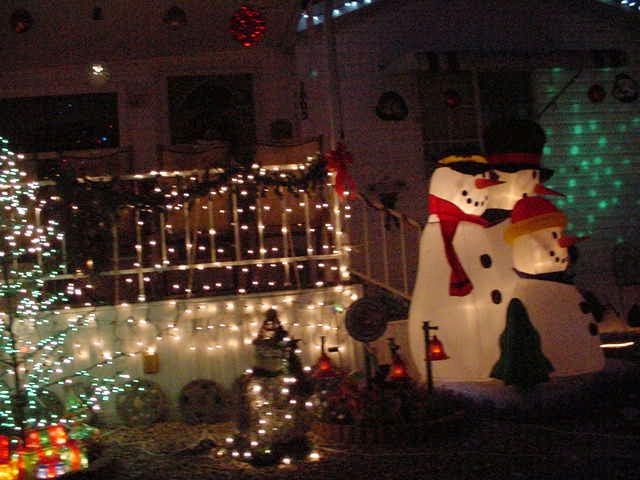 Thanks for stopping by and have a great and special day.

Here it is Saturday again. It seems as though the days, weeks and years are coming a lot closer than they use to. Time is just flying by these days. Since its Saturday its college basketball day today and the games are getting better because the teams are getting into their conference games. 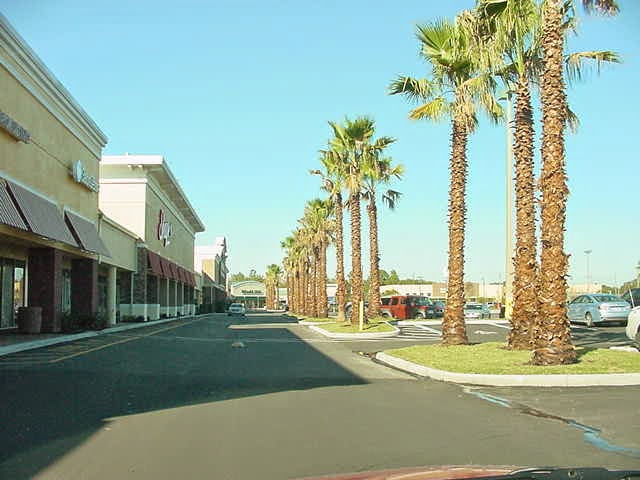 The strip mall across the road was really going downhill with a bunch of the store sites being empty until the Hobby Lobby came along and it got a little better. Then Walmart decided it would be a good place to put in one of the Walmart Village Markets. That's when thing really started jumping. The empty store sites are filling up and the parking area has a complete renovation with the lot being paved, nice palm trees planted it looks like a different place.
Nancy is going to get a pain block shot on the 30th of the month and another one two weeks later. The doctor told her it should last her for a year and needless to say she is excited about that. The shots she had where just to see which one would work and the one that did work for a couple of days she said that was the best she had felt in years. So it looks like a good year ahead for her.
Thanks for stopping by and have a great day.
Posted by Nancy and Joe at 9:35:00 AM No comments: 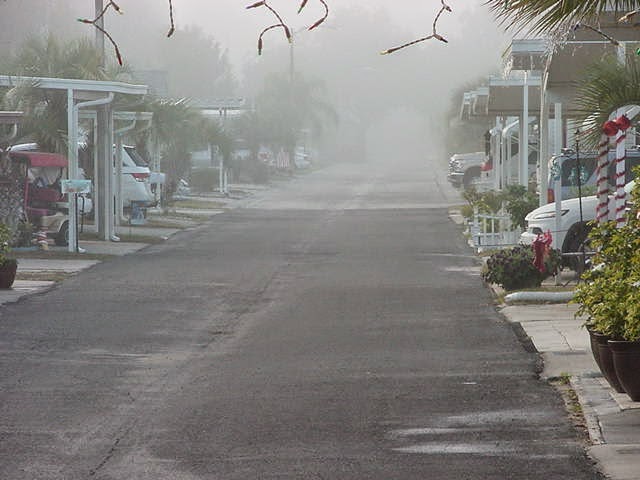 Yesterday morning the day was started out with a bit of fog. In a couple of hours it was gone so the day was pleasant and sunny.
There was a section of the Christmas lights on the carport that were not burning so I got the ladder out to check that problem. After taking out around 20 bulbs and checking them I found the one that was causing the problem and all was good with that.
Next it was cleaning the gutters out which didn't take very long to do.
By that time Nancy was ready to go to Walmart to do some grocery shopping.  First though we stopped at the roadside market for some fruit and vegetables. By the time we were finished at Walmart Nancy was getting hungry so we made a stop at Pizza Hut to get their Tuesday special the double dish pasta meal and garlic bread.  One side was chicken with alfredo sauce and the other with marinara sauce. After that it was the end to another day.
Thanks for stopping by and have a great day.
Posted by Nancy and Joe at 10:02:00 AM No comments: 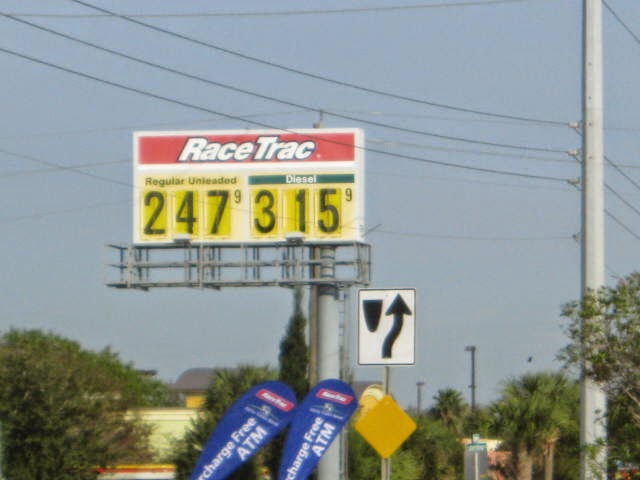 I imagine the gas prices are going down in your area also.  They are going down here in New Port Richey, Florida to, but it seems as though someone is twisting their arms because the price is going down so slow. 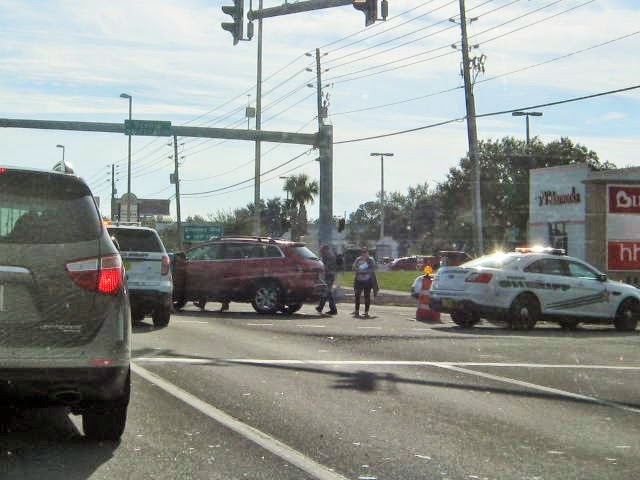 There are the usuall fender bender accidents going on with the large amount of traffic we have here. 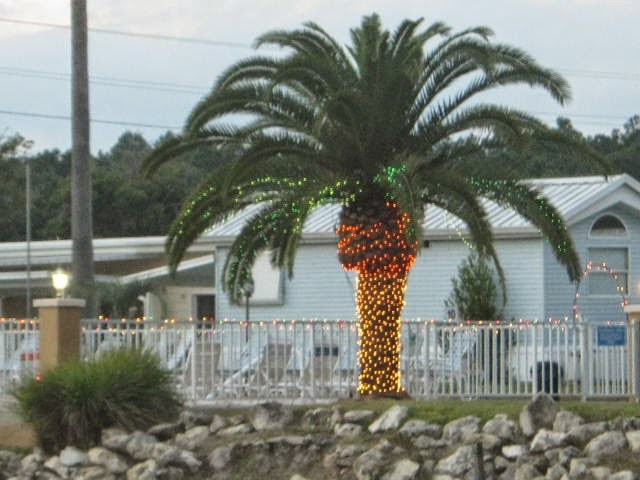 The park has a Christmas tree, but in our case its a palm tree.  Whatever works, right? 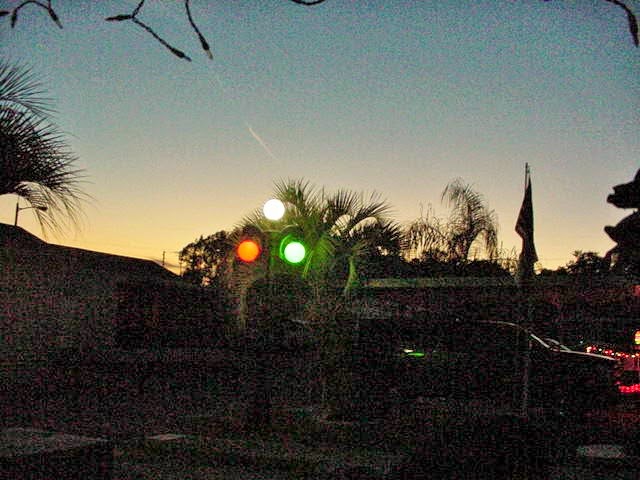 They've even changed out the street lights where we have one green and one red along with a white one. 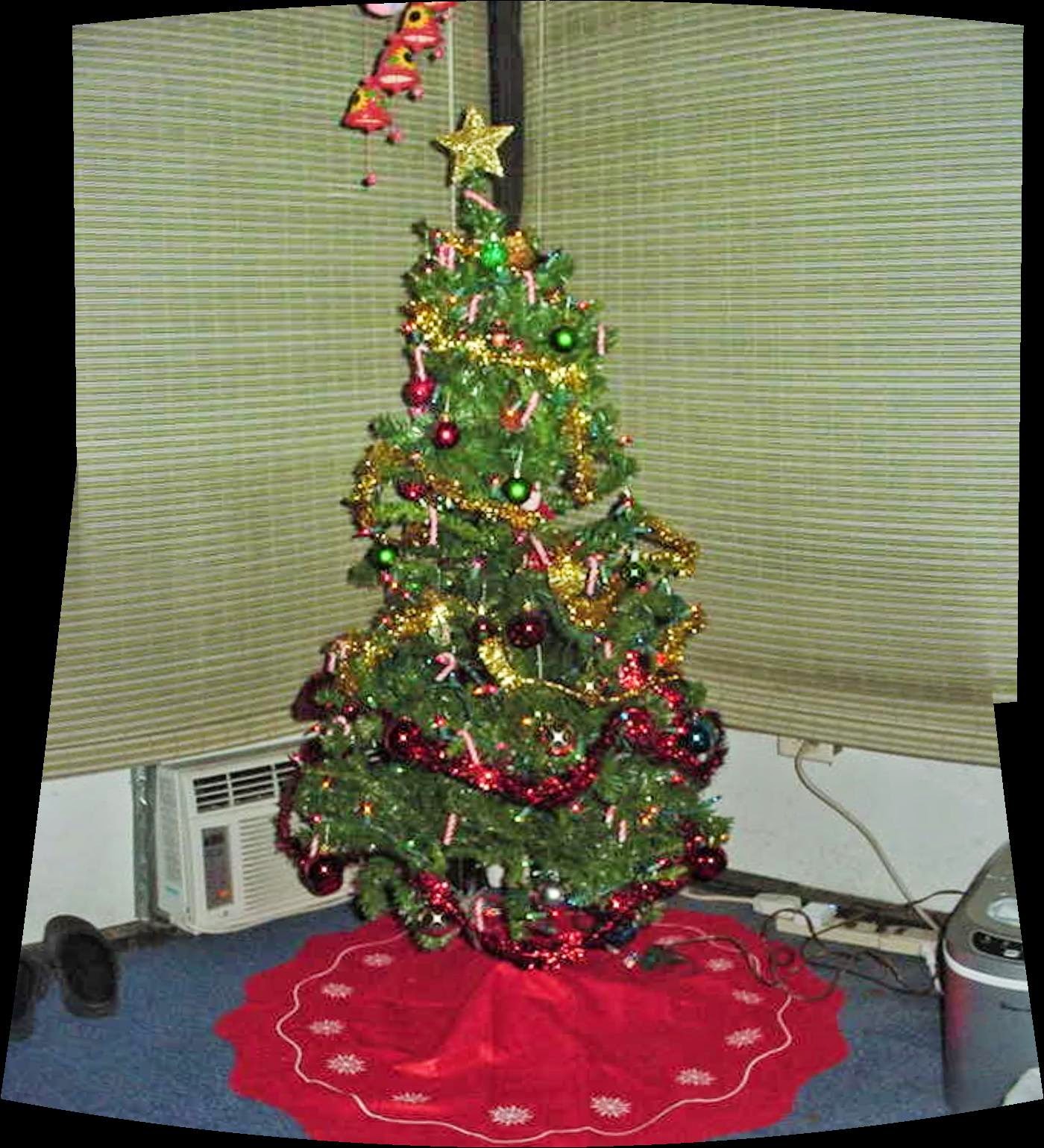 I finally got around to putting our little tree up.  Yeah I know you're thinking where are the presents. The presents will come later.
How about you are you looking forward to Christmas.
Thanks for stopping by and have a great day.

I've been busy putting up Christmas lights around the carport.  Nancy likes for me to put up a bunch of them.  She says a lot of lights makes her happy. I like them also but going up and down the ladder does get kind of hard on the old legs.  We still have the four foot tree to put up.
With the tree light we will have 1800 lights lighting up the night.
Today Nancy will be having her hair cut and also this time she will also let the beautician color her hair.  She has always color her hair, but with all her pain she decided to get it done with getting the hair cut.

Thanks for atopping by and have a great day.
Posted by Nancy and Joe at 9:33:00 AM No comments:

Out for the day

Thursday we did get down to the Quality Sausage House but first we stopped in at the John Chesnut Park. Nancy was wanting to walk a little bit and since it was on our side of the road it was no problem. 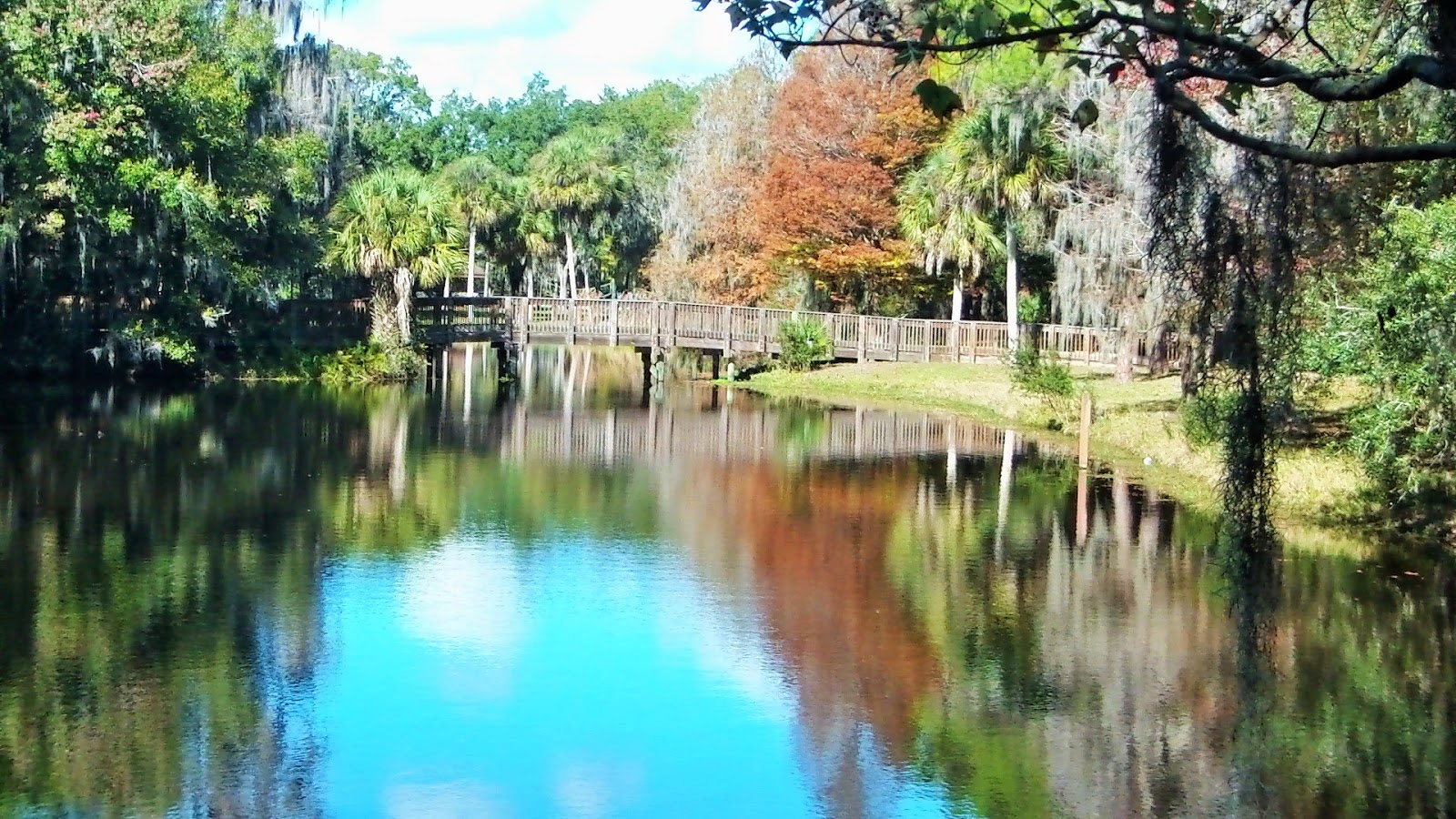 It was good to see that the green pollen was gone from the top of the water. It was nice to see the reflection of the sky and trees in the water. 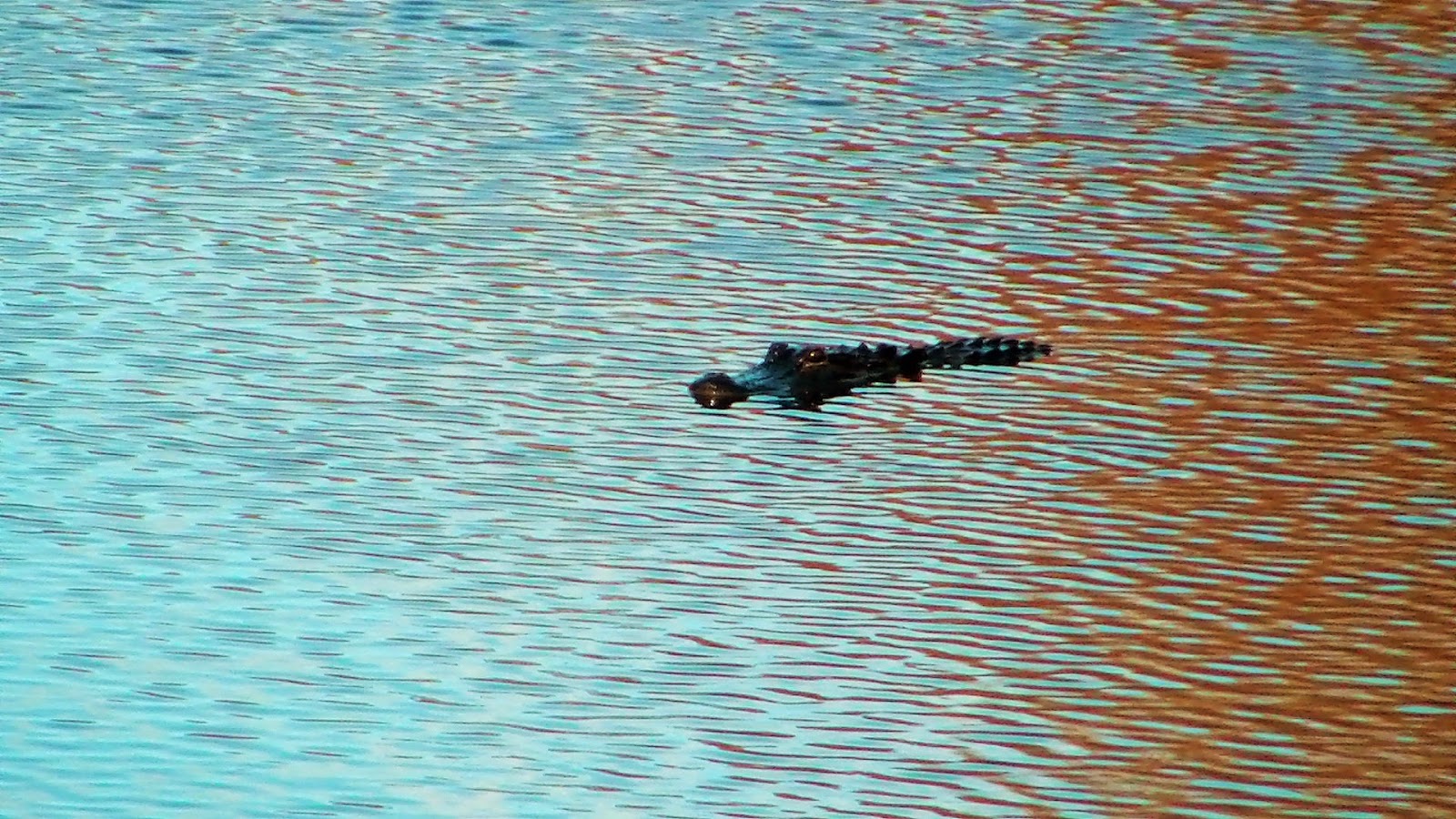 There were a couple of gators swimming around. 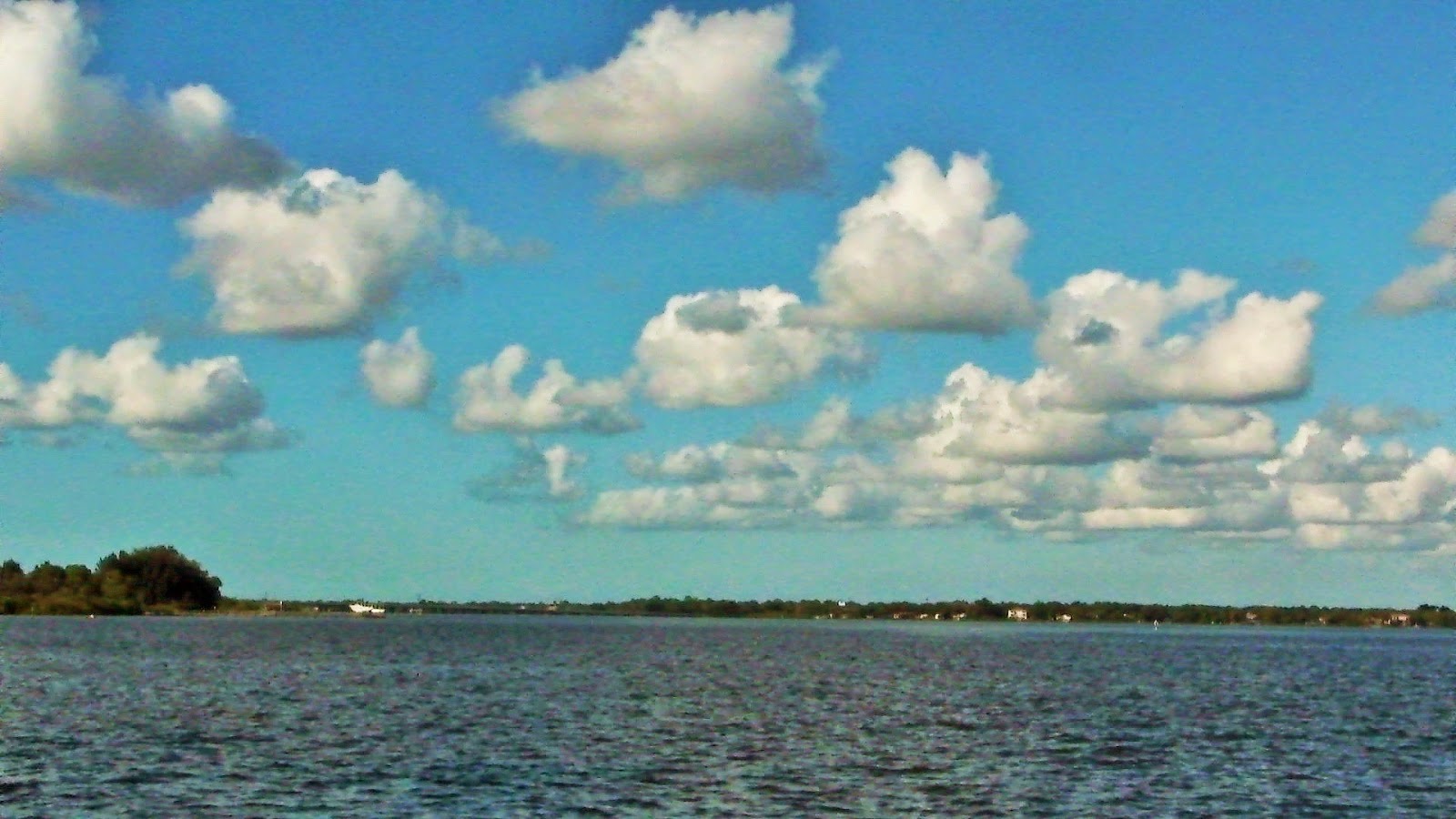 After getting the things we wanted from the Sausage House we went to the Phillippe Park which was close by to walk. 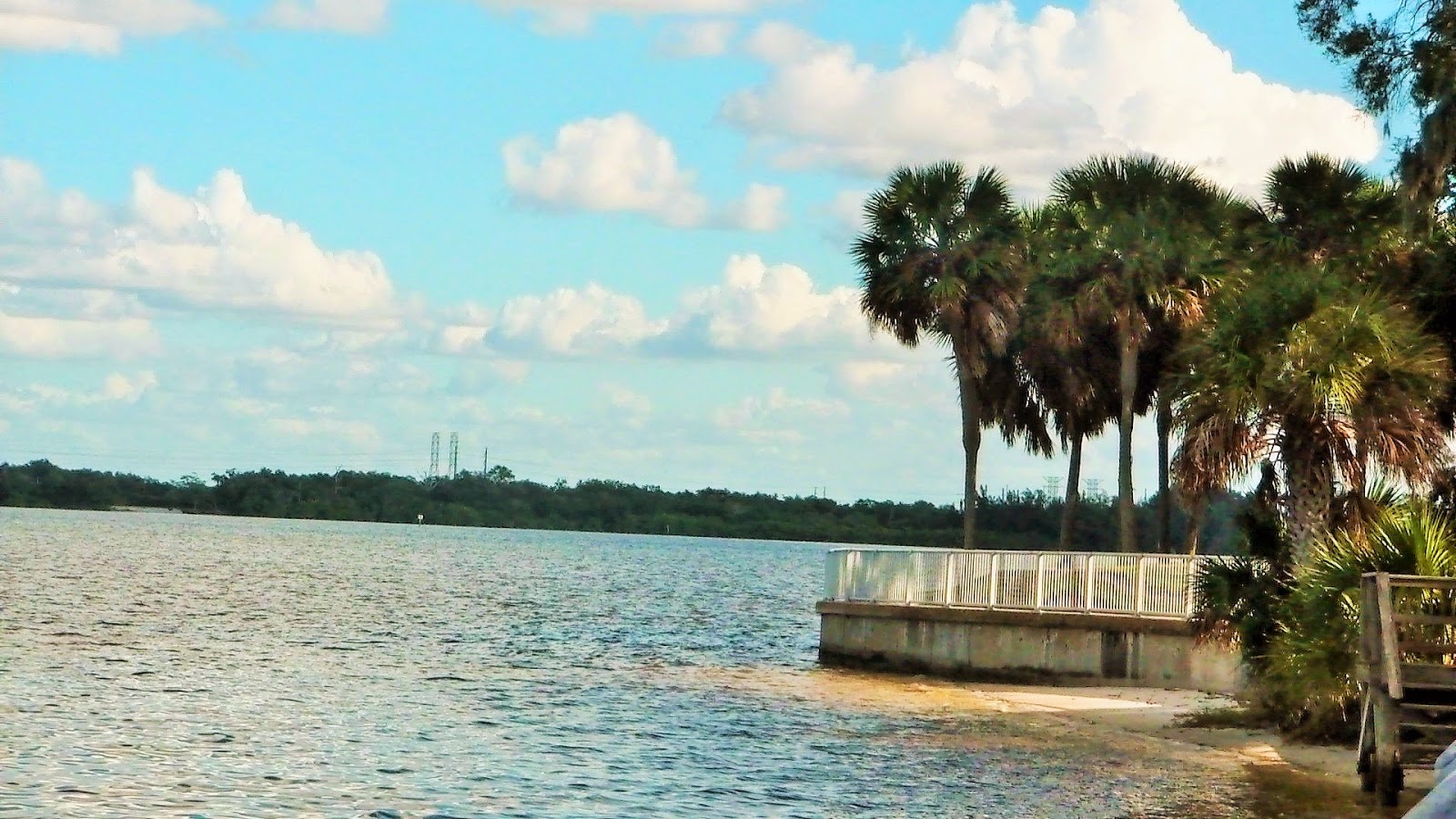 It was a very nice day to be out after being in and around the house for so long. 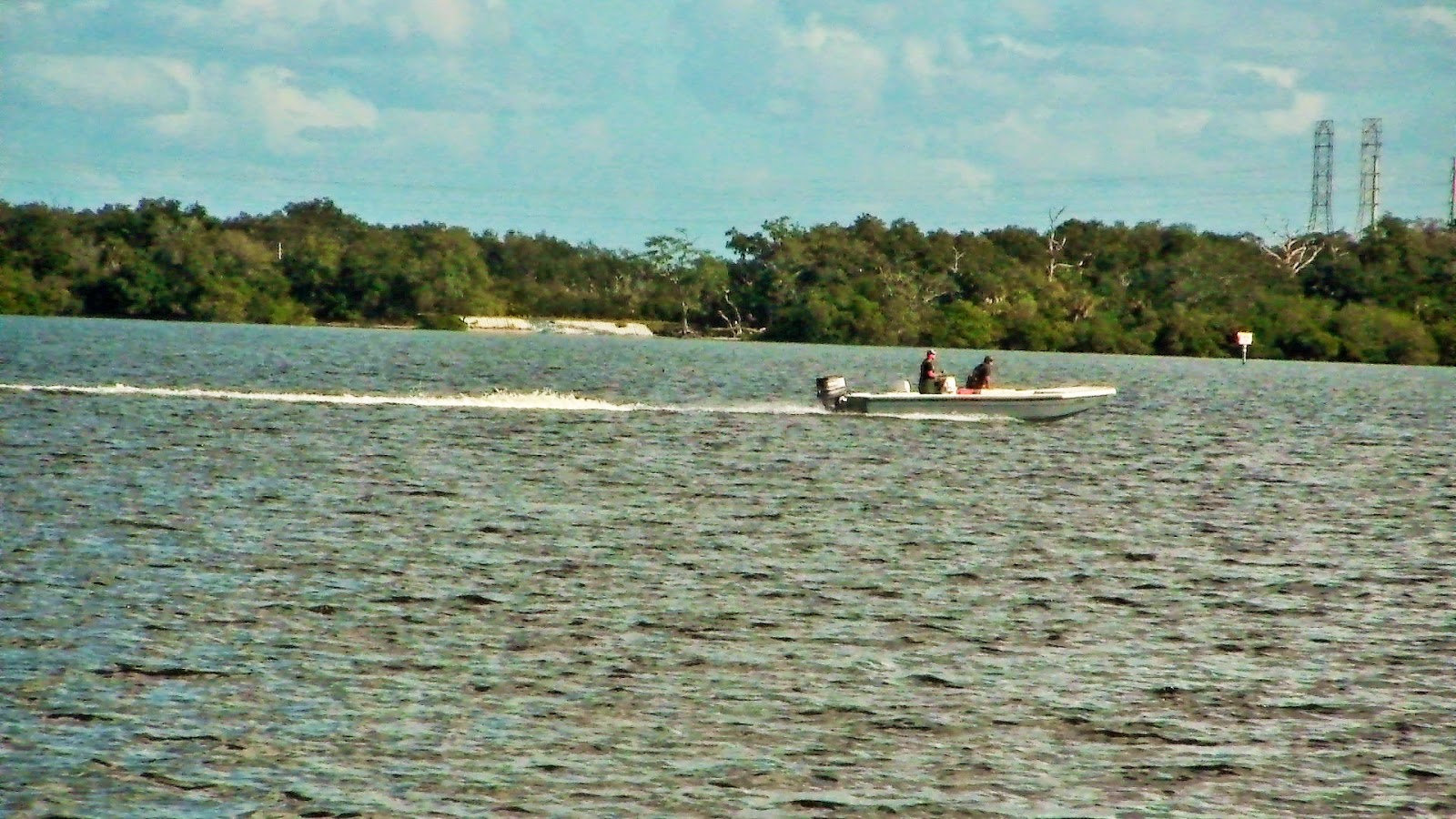 There was only one boat with a couple of guys cruising around on the bay.
We had a nice day out, but Nancy could feel it in her body the next day.  She said it was worth it though to be able to get out. One of the pain blocker shots was work very good she said.  They gave her two different shots which work on different days.
I don't have any idea how that works.

Not real busy, just a little bit.
Rudy and I ran around some Monday going to three or four different stores to buy some things that were in each of the stores.  That took up several hours.
I also pulled the tree and vines out from the back of the house to the front where the park workers could put it in their buggy to haul to the large trash bin to be taken away.  They had kind of a rough time getting it on and to stay on while they went down the street.
Tuesday Nancy and I went to the spine clinic so she could have a pain block shot for her back.  She thought it would be one shot but she had several shots on each side of her back include numbing shots before they did the main shots.
Yesterday it was to the kidney doctor so she could get a report on the blood work.  The doctor said for the most part Nancy was holding her own with only her potassium being elevated somewhat.
We were glad with the report.
We are going to try to get down to the Quality Sausage House today for a few items that we like to eat.

Thanks for stopping by and have a great day.
Posted by Nancy and Joe at 9:41:00 AM No comments: