The flooring project is finished. The carpet is gone and the flooring finished just like Nancy wanted. She says I don't want the carpet I want the bare flooring.  Guess what?  Today she says we are going to get rugs for the new floor. Huh, you don't what the carpet,you want the bare floor,now you want to cover it up. Can't figure that one out. Oh well.
We do have to go to get some groceries since I was busy this past week and we didn't do any shopping the cupboards are kinda empty.

Thanks for stopping by and have a great day.
Posted by Nancy and Joe at 9:59:00 AM No comments:

Just taking care of a project that Nancy has wanted for a while.
That is taking the carpet out of the bedroom and installing laminate wood. It really had to be done because we had a soft spot in the floor so that needs to be repaired and then it looks like a 1000 staples needs pulling out. Always something to do. 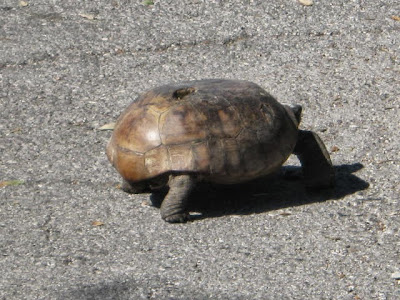 Here is a gopher tortoise that was walking in the park the other day. The poor fella looks like it had an accident with that hole in the top of the shell. 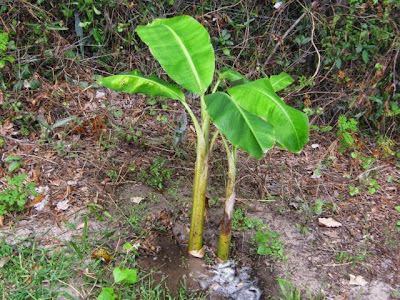 When we were visiting my brother Nick he gave me a couple of banana trees that I planted three weeks ago. It looks like they have taken root. I keep a lot of water on them so maybe they will grow.
Well back to the floor project.

Not a lot going on at the old folks home.  We are just doing the stuff that folks do with going to the store for groceries and eating out every now and then.
Its really been to hot to be outside,so its a good time to enjoy the comfort of the airconditioner. 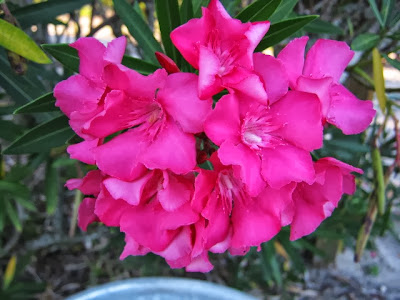 Of course with my camera always in my pocket there is time to take a photo or two.  This one is from when we went to Green Key Beach the other day. 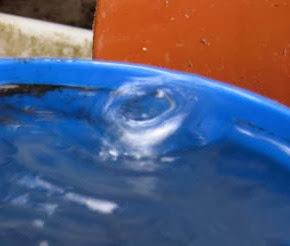 I know you have seen smoke rings. I'll bet you have not seen to many water rings. This water ring is from a drop of water falling into a can of water and bouncing back up forming the ring.

Today another saturday and another full day of watching college football games.
Thanks for stopping by and have a great day.

It was football games and a little walking this past weekend. 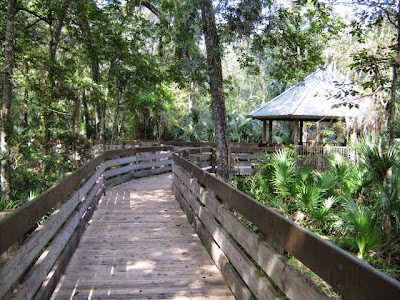 We went out to J B Starkey Park which is close to the house. We walked along the short boardwalk that provided us with shade. 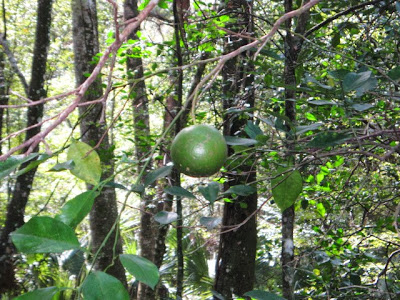 There are a couple of orange trees along the way.  The oranges are green,but it will not be very long before the are ripe. 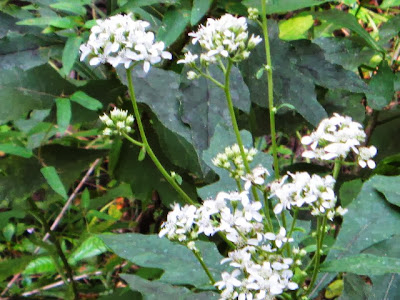 Also a few wildflowers that are in full bloom. Always some kind of wildflowers wherever you walk here in Florida. 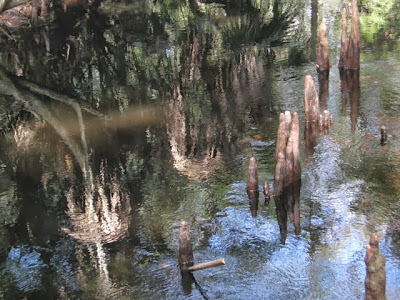 At the end of the boardwalk is the start of the withlacoochee river that is overflowing its banks.
With Nancy still feeling weak we can only walk for a short time and distance.  We are thankful that she can do as much as she can.
Thanks for stopping by and have a great day.

Being the camera nut I am I got another camera the other day. Its actually a Samsung HD HMX-100NCamcorder. It isn't new,about four years old and a little used. I got it off Ebay with having the highest bid. They are still selling online for ones that are refurbished for $200.00. So I think I got a deal at $21.00 including shipment. 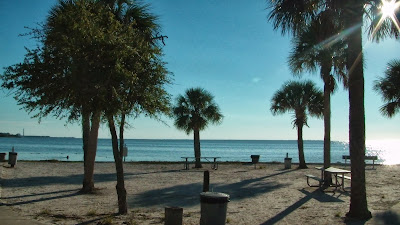 Here is a photo I took with it on the photo setting.
I was back at the Flea Market yesterday. All I bought was tomatoes and cucumbers. 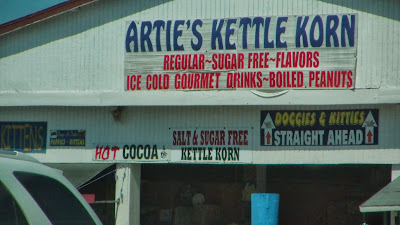 They sell this Kettle Korn,but I didn't buy any. 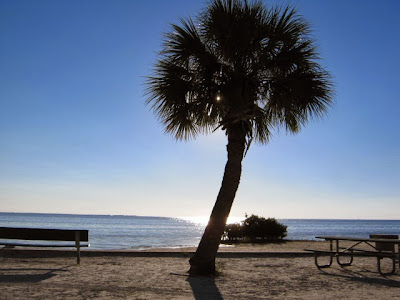 Nancy and I went out to Green Key Beach to do some walking on the boardwalk,but it the boardwalk was closed. It was torn down and they are building a new one. We still enjoyed our time there until the bugs started biting us.

Things are the same here.  I did get to the motorhome to check the house batteries to see if they needed water. They did and I filled them with distilled water. The solar panels keeps them charged up and I've got to remember to keep a check on the water.
The park has had a few people coming in for the winter. In the next few weeks is when more will be in.
Nancy has a doctor appointment today. He will no doubt have her to have blood work before he can tell her how she is doing. He is very cautious about her medication because of her kidneys. 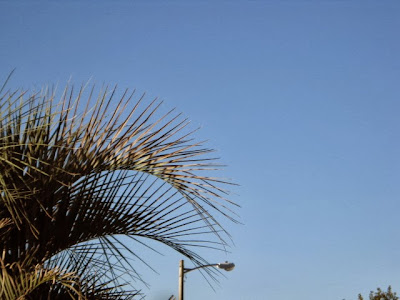 We have a cool morning of 67 degrees and a sunny blue sky day to start off with. The temps are cooling but still 86 is the high for today.

I've been checking out Craigslist for a camera. The Nikon Coolpix that I had doesn;t work any more.
I found out the hard way that you shouldn't carry a point and shoot camera in your jeans pocket. Some how it got turned on and when the lens tried to extend it broke something so now it is scrap.
I did find someone wanting to sale two Canon Powershot A840 for $18.00 each. He said they both were in working order.  So I went over to Wesley Chapel some 25 miles to get them.  I asked how he could sell at that price when the stores they are selling for around $100.00. He things that have been returned,factory defects and estate sales. These were just the camera's without the acessories. He showed me they worked so I took both of them. One is good and the other one the preview button doesn't work but it takes good photos. So now I have a spare.
Of course yesterday was the all day watching college football day. 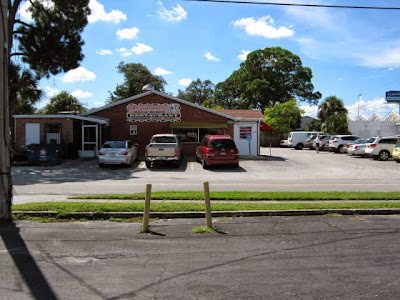 Here is the small,but crowded restaurant where we eat on sundays after church.
Nancy is doing about the same,but she is trying harder.
Thanks for stopping by and have a grat day.

We are just living the everyday life so I'm not posting every day.
Nancy got her a haircut tuesday. She has been going to "Great Clips" where she has had the same lady cut her hair for the last six years,but the lady has left and Nancy doesn't know where she is located now.  So Nancy went to "Hot Heads" to have it cut this time.
Yesterday we went to Sam's Club to do our walking inside in the air conditions place. It is to hot for us to walk outside.  Of course walking around in Sam's we saw a few thing's to buy.
We also got our flu and shingles shot at Walgreens.
I'm still slowly cutting tree branches and cutting weeds.  Can't work very long out in the hot weather.
I watched the Rays baseball game last night. I never watch baseball until the playoffs.
Today will be more of the same today.
Thanks for stopping by and have a great day.
Posted by Nancy and Joe at 10:18:00 AM No comments: