First I have a couple of pics from the restaurant where we had dinner Sunday.  I had the pics coming to my drop box and they just came through yesterday. 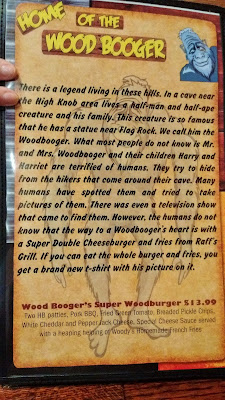 This is about the Wood Booger and where the name of the restaurant came from. Click the
photo to enlarge it. 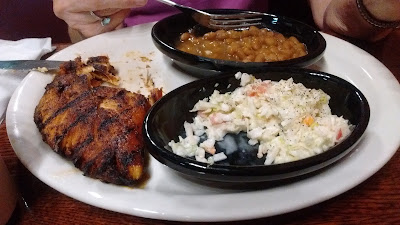 This is what Nancy had, a large chicken breast with two large portion sides. 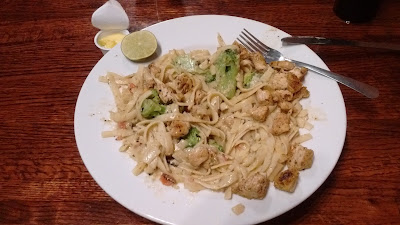 This is my large portion of the Cajun Chicken and pastas.  That there is not a flat plate it is one of those deep dishes.
With that out of the way on to yesterday.  After getting ready, hooking the car to the motorhome pulling around to the dump station emptying the tanks we were on our way around 1:30.  On our way down the hill that is.  I took extra care coming down the hill on the narrow road which took another 40 minutes. 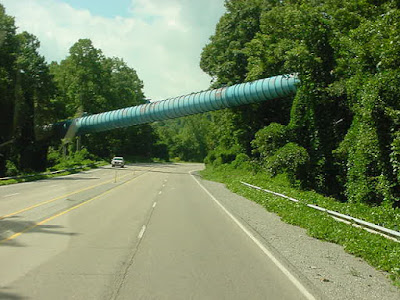 You can tell that you are in coal country when you see a covered belt line going across the road. 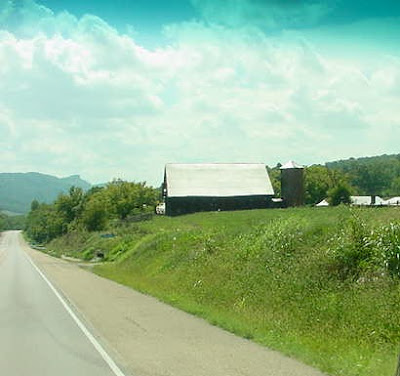 After passing a few barns and farmland we thought we had better get us a bite to eat.  So I pulled over at the next wide spot that I came to, Nancy fixed us a sandwich and some chips that tasted mighty good.  After that we were on down the road. 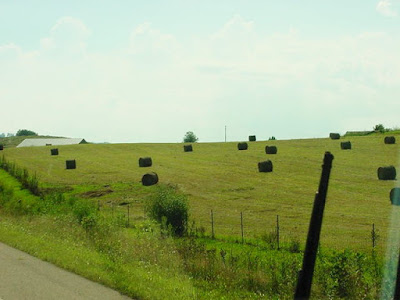 Passing a few more farms on the way. 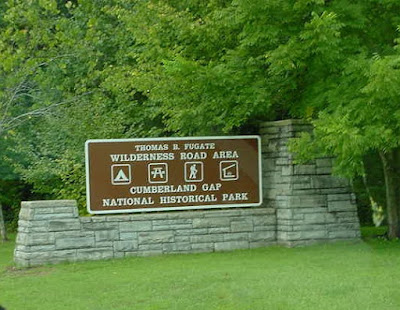 We soon arrived at the Wilderness Road Campground in the Cumberland Gap National Park.
I had not made any reservations so this was a hit or miss but coming in on a Thursday I thought the changes were good.  I was really surprised when the host said they have a few open spots and that they have been pretty full all summer.  After checking out the sites tat were open I found a nice one that had an open to the skies for my satellite dish. So all is good here with some local tv stations and the satellite dish, also a fair, just a fair signal for the Verizon Hot Spot that we can get on the internet.