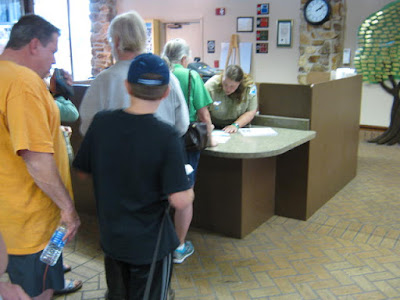 Yesterday we went to the Homosassa Springs Wildlife Park. This was another place that Sherry had not seen so we took her. The photo above is where we had to get our tickets to get in. 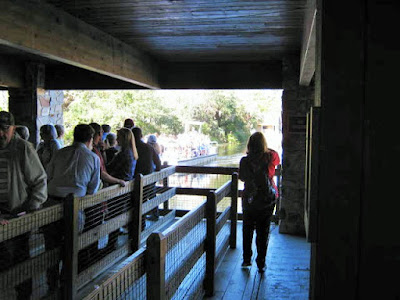 After getting our ticket here is we boarded the boat to take us to where the animals are located. It was a 20 minute ride to the area. I thought we would see a bunch of alligators in the river but all O saw was a few turtles and a bunch of backs of heads because I had an enter seat in the back of the boat. 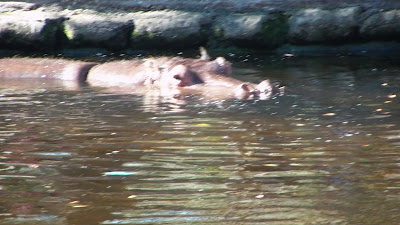 Here is a hippo that is 56 years old it has been at the park for 50 years. 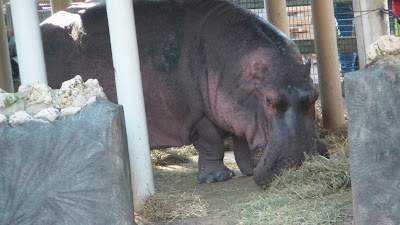 Here is the hungry hippo eating on several bales to hay. 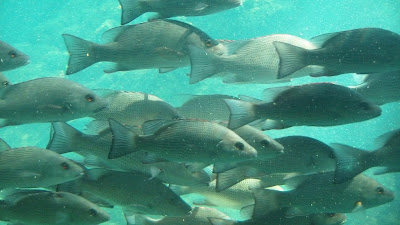 There was an underwater observatory where there were schools of fish swimming one way and then all would turn and swim the other way for a while. 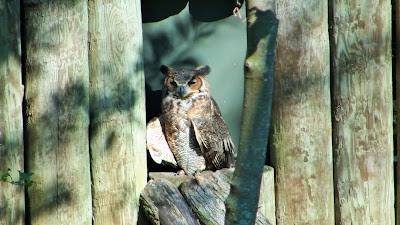 There were several different types of owls. 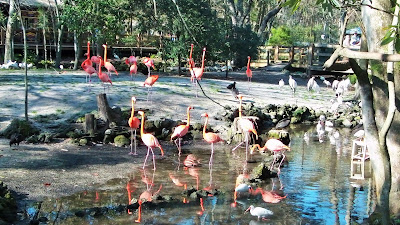 The Flamingos are more colorful than the ones we saw earlier in the week. 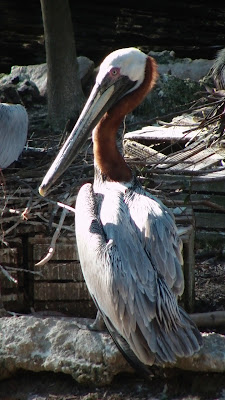 Even the pelicans are a bright color. I guess they take good care of the animals and birds here. 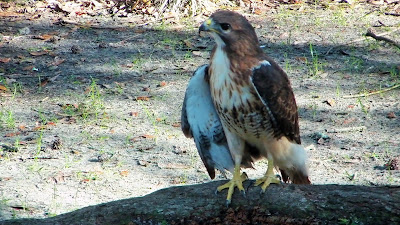 Several kinds of hawks. All the birds looked like they were very well feed and taken care of. 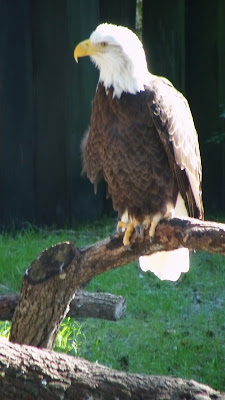 Ladies and gentlemen the greatest  bird of all The American Bald Eagle. 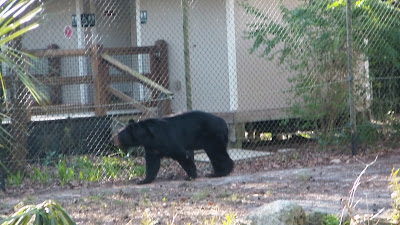 A black bear. We have seen the black bear many times driving through the Smoky Mountains. 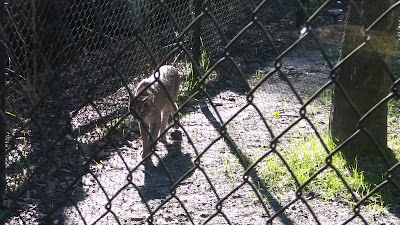 The last is "Yuma" a Florida panther that was rescued when his mother abandoned him. He was brought to the wildlife park where he has been since.
Like all the animals and birds that are here they are hurt or wounded and would not be able to make it in the wild without being rehabilitated.
We enjoyed our day at the park as did all the other people that attended this day.

Thanks for stopping by and have a great day,

When the park was taken over by the Florida Wildlife they said only animals native to Florida could live there. The then governor made Lou (The Hippo) an honorary resident of Florida and that is why he still lives there today.
Be Safe and Enjoy!