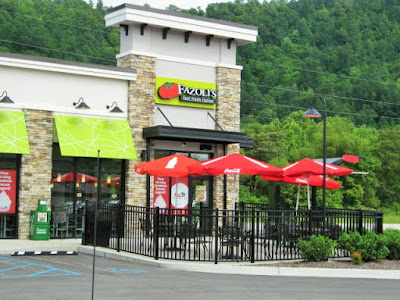 After Walmart we went to Fazoli's to get a baked spaghetti dinner. Both of us like the baked spaghetti especially when it has a lot of cheese on it which this Fazoli's didn't have. This is a new place the replaced one that they use to have, I think the other one was better.
After getting back home and carrying in the groceries I installed the new battery and everything seems to be ok for now.
I'm using this time here at Jackie's to catch up on some needed things that I have fond that needs attention to.

Thanks for stopping by and have a great day.
Posted by Nancy and Joe at 9:42:00 AM