The temperature when we woke up yesterday morning was another 43* morning.  As we usually do we took our time getting ready.  By the time I got the motorhome disconnected from the electric, the car hooked to the back of the motorhome, the grey and black tanks emptied and fresh water tank filled we were on our way at 12:30. 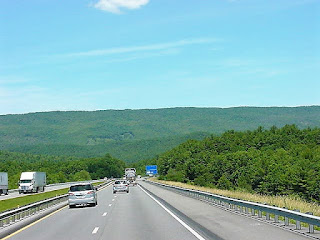 The big mountains in front of us as we traveled down the highway looked nice. 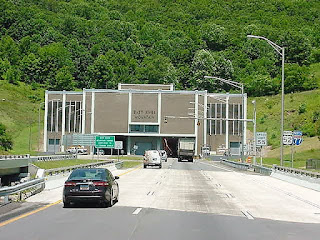 We were soon at the mountain and rather than a road over the top of the huge mountain they made a tunnel thru it. 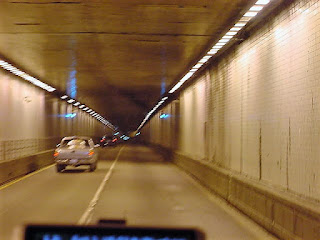 Its a long way thru the mountain, maybe close to a mile and worth it not have to go over it. 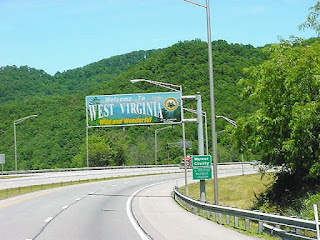 After getting thru the tunnel it was a short distance to our old home state of West Virginia.

Then another ten miles or so until the town of Princeton where we parked at the Kroger to unhook the car for a visit with Nancy's sister Callie.
We sat out on her nice deck in the fresh air talking for an hour or so before we all said it was time to go eat.
Callie said we would got to the Texas Steakhouse and she would pay the tab.
Nancy had the grilled chicken while Callie and I ordered the 60z sirloin.  Our talking was through out the meal and long after we had finished.
I told Callie we would stop by the motor home that I had some photo's of Don and Linda during our visit with them that I had taken on my computer to show her.
Callie was glad to see them since she hasn't seen Don and his wife in several years.
We then drove back to her house were we had another short visit then we had to be on our way.

We thank you very much Callie for the meal and most of all being able to visit and talk with you once again. 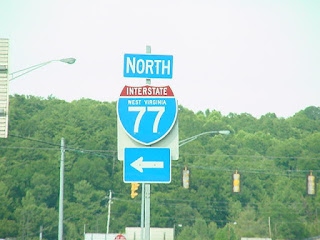 We were on I-77 again going North until we came to the Fayette Town Mall where I stopped at the Walmart to park for the night.

We had a very good day even though it was a long day for us.

Nice visiting with Family. Hoping your travels continue to be Care-Free.
Be Safe and Enjoy!