Thursday:
I turned on the Fantastic fan last night with the window open over our heads the real cool air was little too much. It still felt good with just the window open and no fan.
Was I surprise when I looked at the outside temperature when I woke up yesterday morning it was 55* and that was a shock because we have been used to 72*-75* for the last week.  I know we are close to 150 north but we were not expecting this.
We had a good nights sleep and got up a little earlier to get started on the road. 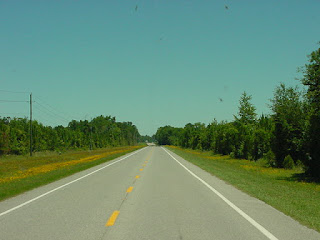 We took the two lane road out to I-75 I would rather take the two lane roads but we wanted to make good time to get to my brother (Nick) and his wife (Joann) house .
Fist stop was the Flying J to fuel up.  The price for regular gas was 2.09 but I have a Flying J Card so my price would be .03 cheaper. I got out of the motorhome to fill up putting my cards in the fuel pump so I would not have to go inside but the screen was so dark I couldn't read what it said so I go inside. there was one person behind the counter for the fuel and also for the hot fast food and seven people waiting in line.
I found the manager and told him I couldn't read the pump screen and what a long line of people waiting at the register to be taken care of.  Her replie was "we only have two people here to take care of everything".  My replie to her was that was not good management for a busy place like this and I wood go and fill up on down the road. 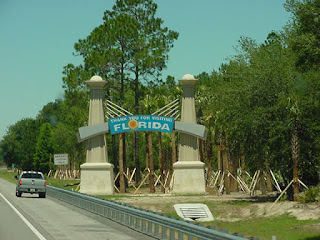 Getting back on I-75 we were soon leaving Florida and coming into Georgia. 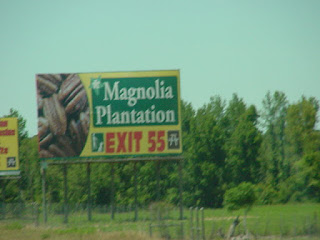 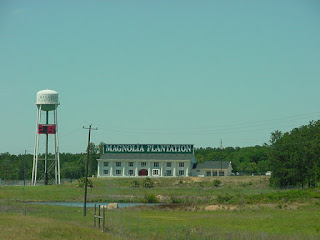 If you haven't been the way in a few years the old place has been renewed completely.
Also we passed two of these Magnolia Plantations. 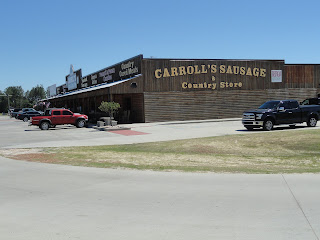 Carroll's Sausage & Country Store
Here is where I was wanting to stop to stock up on the good country ham.  I will eat what I bought by the time I pass here in the fall and have to stock up again for the winter. 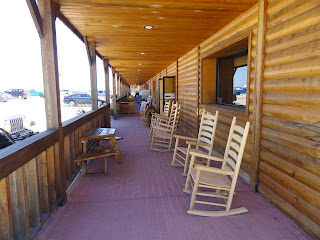 If you are traveling I-75 stop in at exit 82 and have a look they also have a campground .

We finally arrived in Warner Robins so I wanted to fuel up before I got to Nick's house I went to the Kroger's for fuel and boy was the store parking lot crowded.
Now sometimes there's a reason for things to happen and waiting until I got to Kroger's to fill up looked like one in that with our Kroger Card it was $2.01 a gallon.

We had a nice short visit with Nick and Joann along with pizza.
But too soon Nancy and I were tired from the days journey so we came home and got ready for bed.

We will agree that the big names in Fuel distributors are not always the cheapest even with their discount cards. Waiting to hear more about your travels.
Be Safe and Enjoy!