Yesterday was a wash out day in that it rained and stormed all day long. The wind was blowing and rattling the window and door awnings. So it was a stay inside day. All three of us were on the computers after breakfast and getting ready for the day.
I was trying to figure out how to use Dropbox to transfer photos from the phone to the computer, which I final did. Then it was to download Google Earth that was a problem after downloading it I had no icon on the desk top. In checking google for the answer to my problem I saw that it was a common problem. The easy solution was to download Google Earth Pro which is free and it does not have the problem. After uninstalling the Google Earth that was downloaded that I never could find and downloading the Google Earth Pro it was good to go.
The photos below is from Monday when we went to see the Manatee. 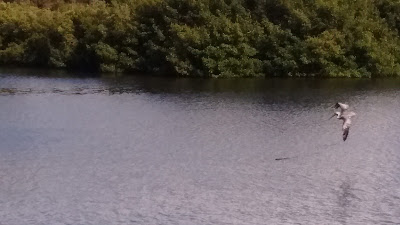 Pelican in flight looking for fish. 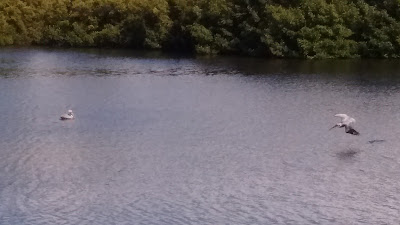 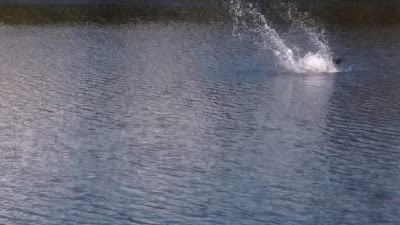 The impact going in for the fish. 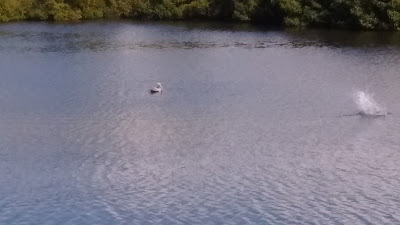 Going a little deeper for the fish. I think this one was a no catch. Maybe something like when we think we have caught a fish and it gets off the line as we are pulling it in. As we watched the pelicans kept trying over and over again.
Today is suppose to be sunny but cool, anyway that will give us a chance to get out if we need anything.

Glad that you finally had a chance to get out and about.
Be Safe and Enjoy!