Yesterday we got a break from the rain so we did a little running around to see what was in the area. 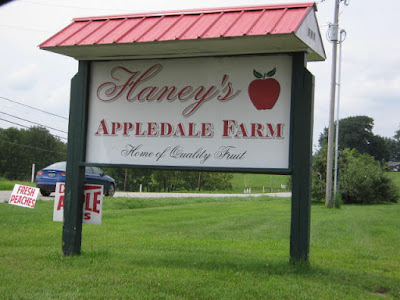 We saw this little apple farm so we stopped to check it out. 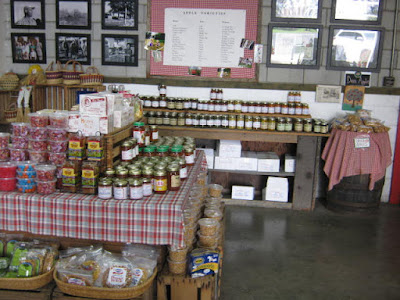 It had all the jams and jelly made with apple and more fruits and berries that you could name. 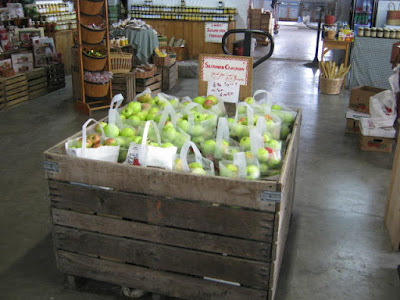 Of course they sell fresh picked apples. The apple were larger than we thought. 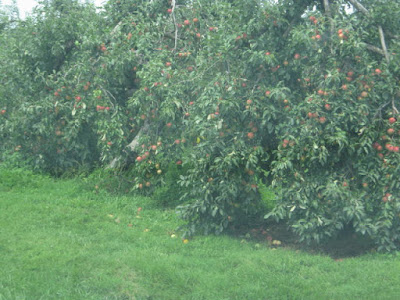 The apples look small as you drive by but they are a nice size apple.
After looking around Nancy bought a quart jar of apple sauce and a fresh baked apple cinnamon muffin we were on our way. 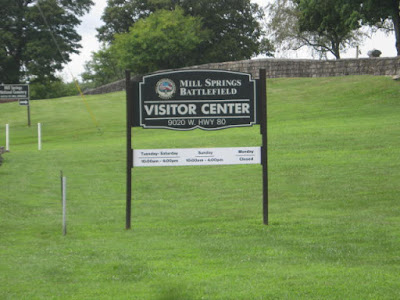 Next stop was the Mill Springs Battlefield Visitor Center. 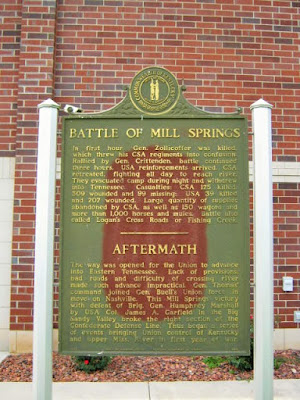 This is a place of one of many of the battles of the Civil War with many lives from both sides lost. 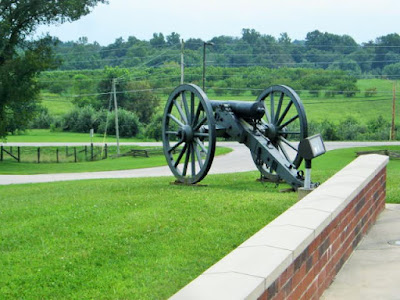 After looking around a little we were getting hungry so it was time to look for a place to eat. 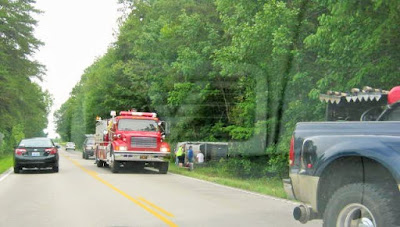 On the way to finding the place to eat a fire truck came around me and a short distance down the road we saw were it was going. This truck had rolled over and was on its side. They already had the guy out and sitting up it looked like that he had a head injury very lucky to be alive. 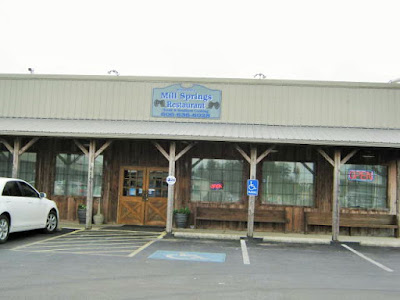 We stopped at the Sharon's Mill Springs Restaurant a nice very friendly place. Nancy had the chicken tender special and I had the 14oz ribeye steak which was just right.  After finishing our meal we came out of the restaurant to a rain storm so we set on the bench they had out front for the rain to slow down. Sharon the owner came out and invited us back in our of the cold wind and rain saying come on back in and set down we are just country folk here. Getting back in we struck up a conversation with an elderly gentlemen that was very friendly.  Soon the rain slowed down so we said goodbye and came home for some hot coffee and a large fresh baked apple cinnamon muffin.
It was a very nice day.
Thanks for stopping by and have a great dy.

It's nice to meet friendly people who make you feel like part of the family.
Be safe and Enjoy!

Looks great. Wish I was with you :)